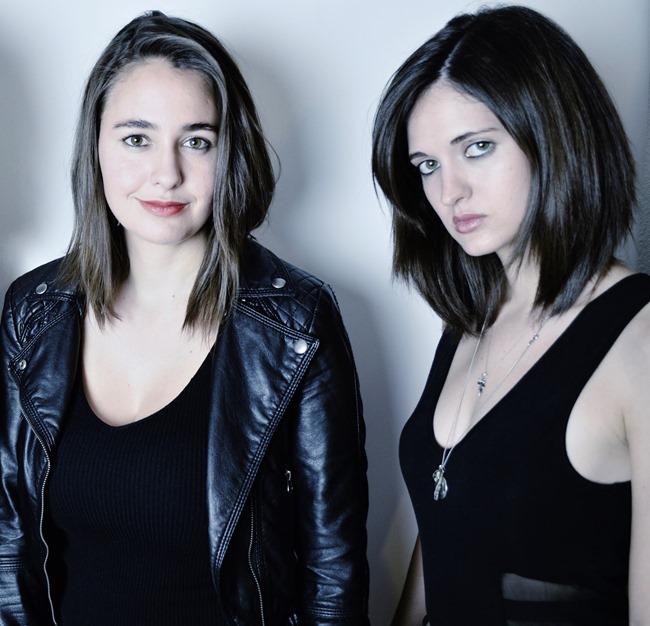 I have had the pleasure and the honor of getting to know the talented women of the band, The Nikis. The Nikis are two sisters with a truly unique sound influenced by their German and Greek heritage plus a modern mix of ethereal and sometimes dark melodies. Their singing voices are pure and have a beautiful innocent quality that does not try to sound like anyone else but themselves. The only way to explain their style of music is to say that it encompasses their diverse musical influences and the unique lives they have lived.

Ileana and Alexia recently came to me for help developing their band’s image by showcasing their individual style through fashion. They are smart and realize that the collaboration of skills with other professionals is the best way to attain a solid result. This idea is very relevant to their latest business venture. It began, while Ileana was working as a fiddle player for various Austin bands and trying to figure out how to make a living off of her own musical vision. She had seen her dad build a successful career as an independent musician so she knew it was possible. After much contemplation, she decided to start her own record label. Alexia jumped on board as the in-house arranger, engineer, and producer. Now they are not only young, talented, musicians but they have added entrepreneur to the list of accomplishments with the creation of Fat Morgana Records. (The name comes from their father’s album in which he fused Mediterranean and jazz to create his own original sound). The concept behind the label is different in that instead of simply focusing on developing a product that sells, Fat Morgana Records consults with their artists and assists them in getting their music and business off the ground. In return the artist has to pitch in by harnessing different music income streams to finance their efforts. This allows them to take control and self-sustain their own career destiny which will be able to adapt, grow, and have longevity in an ever volatile, cutthroat industry.

If you are a serious musician and want help reaching your career goals, but are intimidated by the typical money hungry and controlling record label, Fat Morgana Records could be the answer. They offer a rare opportunity to work with consultants who are also musicians shaping their own careers along side you. Learn more and contact them here. J

Posted by Aisha and Janelle at 7:03 PM

Email ThisBlogThis!Share to TwitterShare to FacebookShare to Pinterest
Labels: editorial