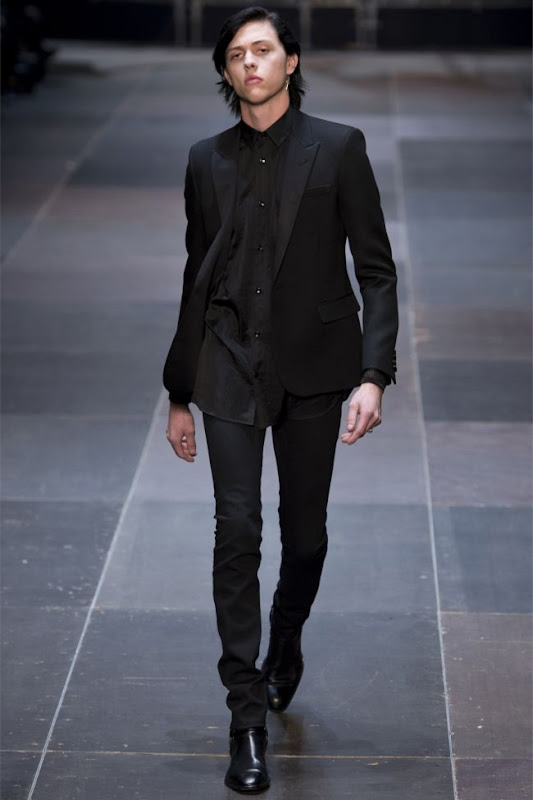 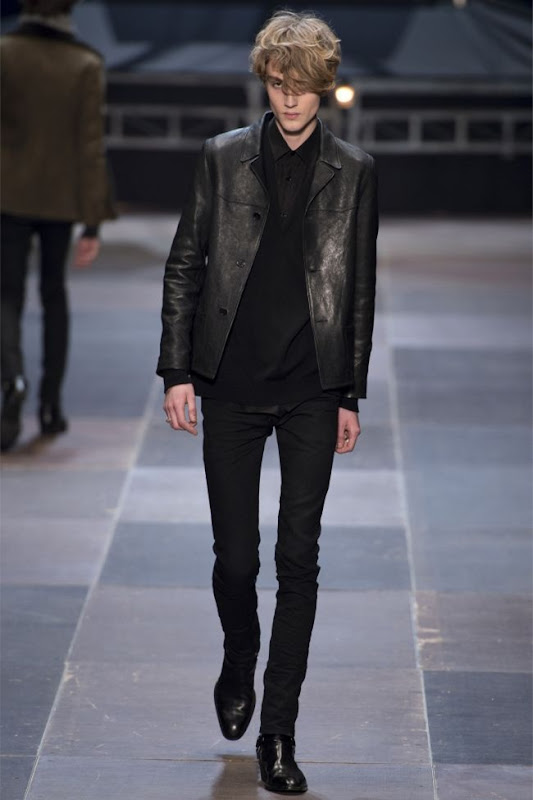 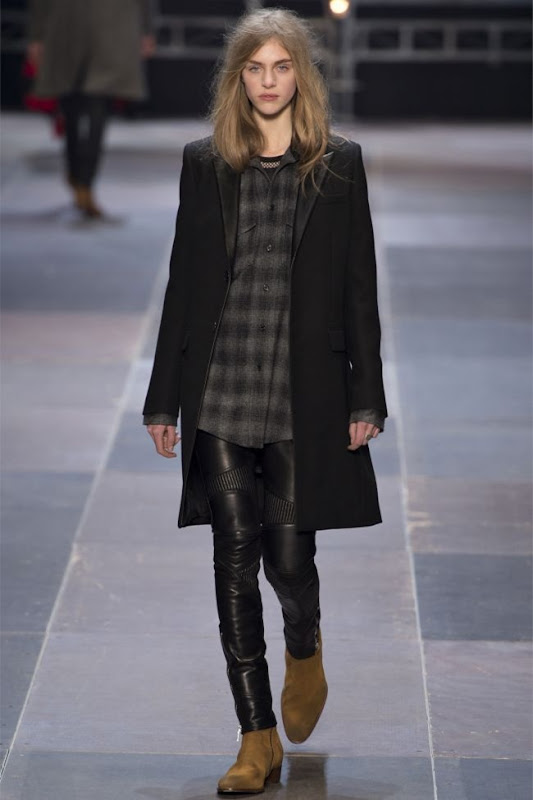 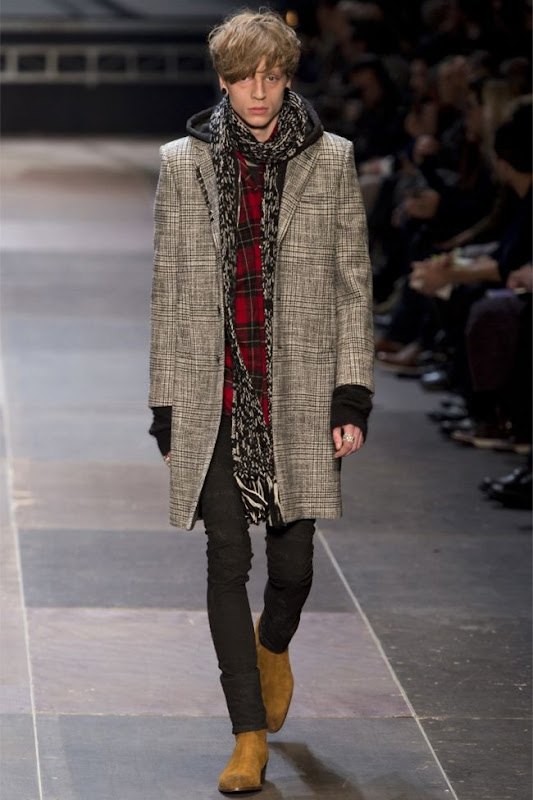 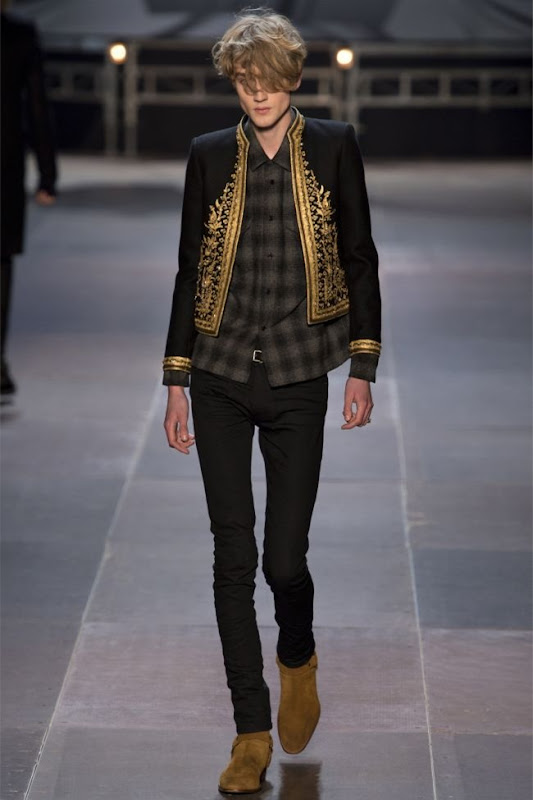 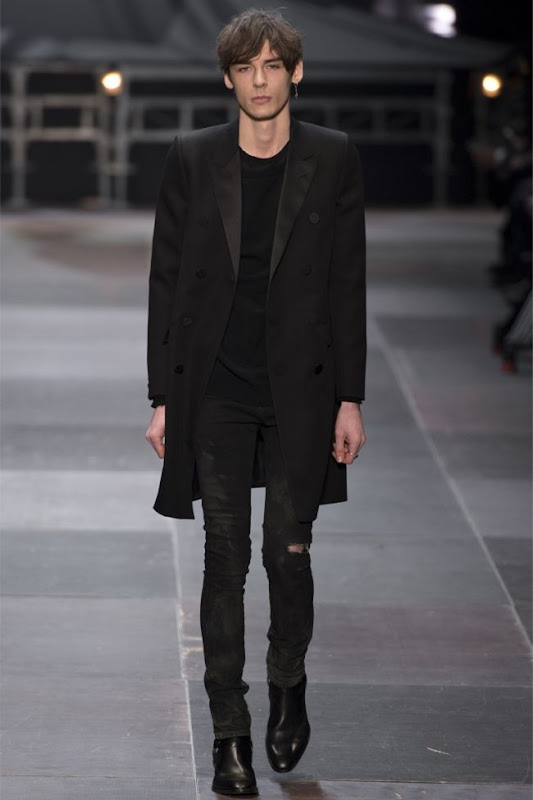 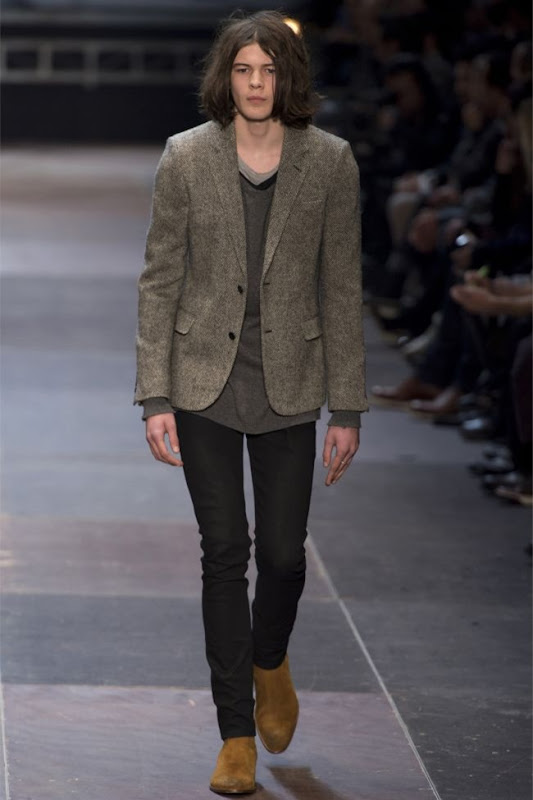 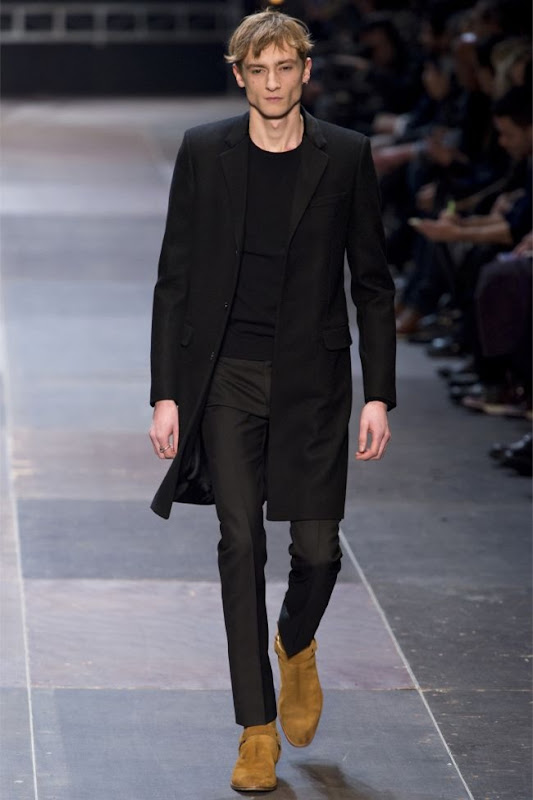 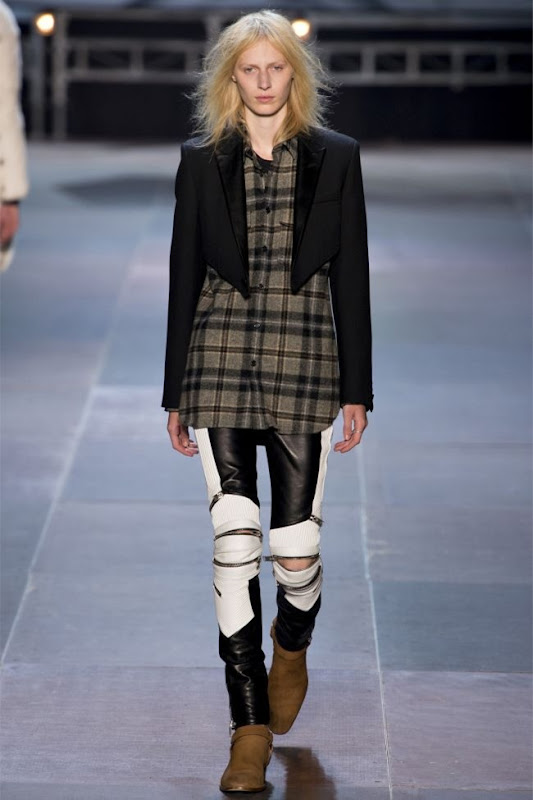 ‘this was just as much about the plaid shirts, distressed jeans, drainpipe leathers, trailing leopard-print scarves, girlfriend's bits and pieces (cue julia nobis and company on the runway to underscore the androgyny), vintage coats and cavalry jackets…a rock prototype that can be traced from its origins with the strolling bones back in the dark ages of geetar bands all the way through its elucidation by an endless number of bastard spawn up to the jangly here and now, although nirvana are a particularly pointy way station. all of it is thrilling in theory and practice, but it was a surreal incongruity to see it spot lit in a very expensive fashion presentation. slimane's passion for the music he loves, the bands that make that music, and the lifestyle that surrounds it is entirely understandable, laudable, and well served with integrity by his photographic tributes. when he spun his ardor into high fashion today, it made a lot less sense, especially as the kids who are the prime components of his vision can already shop this look for zilch down the funky end of any l.a. boulevard’ tim blanks for style.

mr blanks you had me at ‘an endless number of bastard spawn up to the jangly here’ i couldn’t agree with you more though i absolutely love these looks, i thank you, that’s what i have not so daringly tried to say for a minute. its like art with an insane price tag imitating life..its how i felt about balmain and decarnin but it didn’t stop me from loving it all so much at the same time. couture validation!

despite all the controversy around slimane taking the reigns of the revered french fashion house; changing its name, and basing himself in l.a. not paris. i like what i’ve seen. his boho-witchy woman in wide brimmed hats and his tailored to the bone androgynous man are my style and grungy takes on the vision of the house.

yves henri donat mathieu-saint-laurent designed for dior where he notably saved the fashion house by turning street fashion into couture as well. and then under his own house ysl successfully tapped into the androgynous dressing of the mid 1960s introducing the tuxedo suit to women.

sometimes we have to let go and embrace change. beneath the surface there is respect and regard for those that came before us. a
Posted by Aisha and Janelle at 12:28 PM